This is going to be the first Studio Ghibli film to be made entirely in 3D. “Aya to Majo,” (literally, “Aya and the Witch”) is by Goro Miyazaki and will air on NHK during winter 2020. The film was also named “Earwig And The Witch,” and having been selected by the Cannes Festival this year.

“Will she finally be rid of this witch and win, or will she be defeated by the witch and live the rest of her life as a slave?”

The story is based on a children’s novel “Earwig and the Witch,” by Diana Wynne Jones. The film is the first movie by Ghibli to be animated in 3D3G. The director is Goro Miyazaki, (Hayao Miyazaki’s son) through the elder Miyazaki is credited with planning the project.

We know Hayao Miyazaki’s love for cartoons, and the man has already made known his reticence about the permanence of 3D animation. This is a leap forward and a risky venture for the famous Japanese studio, renowned for the great poetry of its hand drawings.

Here’s what we already know about this new project. Probably everyone’s favorite character is Earwig because she is brave. Earwig’s whole life changes from the minute when Earwig enters into the witch’s spooky house. She became a slave for an ugly old witch.

What happens when Earwig starts to take her revenge?

Instead of being terrified the clever Earwig is determined to become the master of her new situation. Bella Yaga discovers the magical characteristics of her new environment.

In the Ghibli version, her name has been changed to Aya, but the studio has not revealed the extent of other story revisions. The film is a co-production between Ghibli, NHK, and NEP (NHK Enterprises). Wynne Jones also wrote the source novel for “Howl’s Moving Castle,” 2004 animated scripted and directed by Hayao Miyazaki.

Japanese cover of the novel:

Amazon’s synopsis of the book:

Not every orphan would love living at St. Morwald’s Home for Children, but Earwig does. She gets whatever she wants, whenever she wants it, and it’s been that way since she was dropped on the orphanage doorstep as a baby. But all that changes the day Bella Yaga and the Mandrake come to St. Morwald’s, disguised as foster parents. Earwig is whisked off to their mysterious house full of invisible rooms, potions, and spell books, with magic around every corner. Most children would run in terror from a house like that . . . but not Earwig. Using her cleverness—with a lot of help from a talking cat—she decides to show the witch who’s boss.

The date of the broadcast and other details have yet to be revealed. The movie will be broadcast in the winter of 2020 on the Japanese television channel NHK. The movie was selected for the 2020 edition of the Cannes Film Festival, which suggests that it will also be released in France.

[1] Studio Ghibli: Everything you need to know about Gorō Miyazaki’s new movie
[2] Studio Ghibli’s ‘Earwig And The Witch’ Heads to Cannes and NHK
[3] Studio Ghibli Reveals Goro Miyazaki’s 3DCG Movie as Earwig and the Witch
[4] ‘AYA AND THE WITCH’ CONFIRMED AS STUDIO GHIBLI’S NEWEST FILM 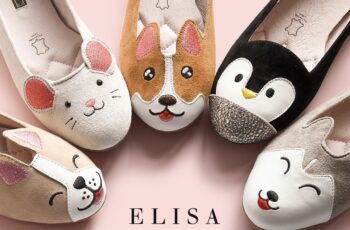 This shoes we introduce you today is probably the most … 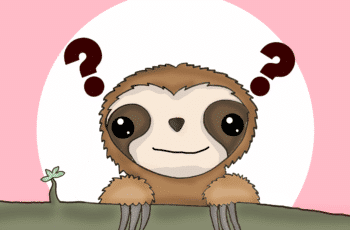 What Exactly is this Japanese Trend Known as “Kawaii” All …