Anime That is Shorter Then Lunch Break

Bananya Is The New Bite-sized Anime, That Conquers The World

There are some nights when you find yourself awake, cannot sleep at 3 AM, unable to resist clicking on the next Youtube video.

You, my dear, have found yourself in a loop of unnecessary pastime.

We want to make sure you know that Youtube is not just full of redundant contents, there can be an interesting stuff for you…

Did you crave for a kawaii anime which do not feel like an eternity?

Finally here is an anime which is not too long. You don’t need to schedule a separate program from now on to check out your favorite kawaii series. It just takes a couple of minutes to bring you snack and take a rest. Just after you sit down you realize you have already done with an episode.

Banananya, The New Kawaii Anime You Wish You Have Knew Before. It’s a short-typed animation about 3 minutes.

Sometimes it can be pretty tough to find time to get to know an entire anime world with its various characters in the midst of complicated stories.

Japanese cartoon ‘Bananya’ tells the tale of a cat who lives inside a banana.

The three minute long episodes are cute, funny, and bite-sized; a great way to escape and relax after reading about today’s world of politics, global warming, and other really heavy stuff.Sometimes we need a break from any amount of time.

If you enjoy anime but don’t have hours to watch a livelong series, you may want to check out one of the industry’s newest exports: anime that’s 15 minutes or less.

We can introduce you the new cat-banana anime is weirdly popular.

With a number of things we can find on the internet these days, saying that something from Japan is weird or out of the ordinary is a pretty easy observation and sometimes feels a like it’s the definition of “Japanese anime”. Yet sometimes things like this come along that is both weird and literal extraordinary.

Japanese pop culture has a long history of taking animals (like a cat) and turning them into something much cooler (like Hello Kitty). They also have a history of anthropomorphizing various foods and making them adorable (like an egg) and (see: Gudetama). So it makes sense they would combine those skills to create Bananya, a lovable character that lives inside a banana. This new cartoon has been capturing the hearts of food and animal lovers everywhere.

A new anime about a “strange cat” that is also a banana is popular among American adults. It made its debut in the Japanese market in 2016. This mysterious feline-fruit hybrid is named Bananya and is best characterized as the tale of a cat who lives inside a banana.

‘A cat that lives inside a banana?
…Yes, Please.’

Bananya is a combination of the words “banana” and “nyan,” the Japanese version of the American “meow.”

It is an original Japanese anime television series produced by animation studio Gathering. It originally a mascot produced by the Osaka-based stationery manufacturer called Q-lia, which has been famous for its other character brands such as Shizuku-chan and Ojipan. The former got three TV anime adaptations animated by TMS Entertainment from 2006 to 2013.

Bananya now stars in an eponymous anime series, which first premiered on July 4th. The Bananya phenomenon is due to the plush toys, including books, merchandise, events, and games among kawaii fans worldwide. The anime was crowdfunded last March.

The anime features Bananya the banana cat, who lives among other banana cats in perfect, cute and adorable harmony. Technically, they are cats that hide inside banana peels and only appear when humans aren’t nearby. The question that why no one is ever around to eat these fruity cuties, is a mystery.

Bananya, the anime itself follows the adventures of the fictitious main character, Bananya in his everyday life.

During the three minute duration of the episodes, you will be bombed with cuteness and a surprising amount of character development squeezed into such a small time frame.

All of this cats’ voice was produced by just two voice actors. Bananya is voiced by Yuki Kaji who also voices Eren in Attack on Titan, Alibaba in Magi, and Meliodas in the Seven Deadly Sins to name a few. Imagining those characters having Bananya’s voice never gets old. Discotek has licensed the series in the US and will have an English dub narrated by Michael Toole.

It looks like this, and they are, they are… Super cute!!! Ahh!! So adorable!

This show goes the extra mile in terms of what it needed to accomplish. Light-hearted and funny, the adorable creature dreams of one day becoming a luscious Bananya bathed in chocolate. Together with his fellow Bananya, this amiable kitten cloaked as banana passes its days without a care in the world, enjoying a rather calm and peaceful existence as it experiences what the world has to offer.

To be honest, it only needed to created and it is already amazing. A cute ass cat inside of a banana? Of course. The episodes have narration, it is actually funny, and has multiple characters with their own diverse personalities is mind-blowing considering the three minute run-time of each episode.

In Bananya not just the main character can be sympathetic. We can meet his various friends, such as Black Bananya, Tabby Bananya, Bananyako, Long-haired Bananya, Daddy Bananya, and Baby Bananya. Towards the end of each episode, the narrator opens the Bananya identification book and focuses on the personality of one of the characters. The show consists of thirteen three-minute shorts, this should always be in highlight.

‘Nonsensical?
…Sure.
Precious and enjoyable, like a square of imported chocolate?
…Yes.’

As weird as the show may seem, and as much as we like, Bananya is still incredibly adorable. It also occurs to us it’s probably not best to call things from Japan weird considering U.S.

‘It’s a kitten in a banana…
…what more do you want?

There’s nothing wrong with this unique show; it is pure, complete innocence brought to life by a cat inside of a banana and I couldn’t be happier with the results.

Check out a sneak peek of the first episode: 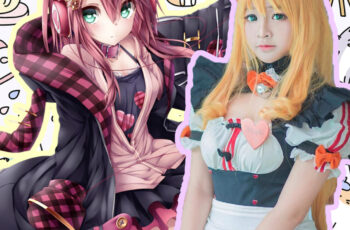 “Neko kawaii”, also known as “neko neko kawaii”. This is … 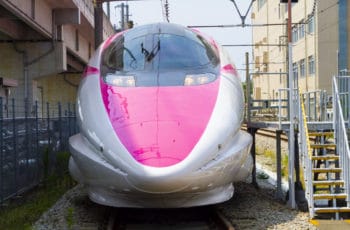 Hello Kitty Train is REAL. It seems like our childhood …